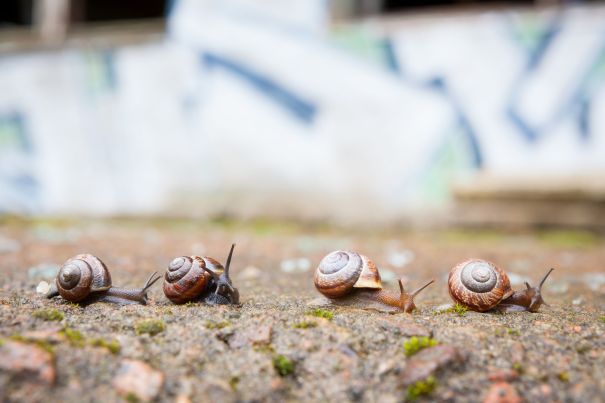 Since writing my last post, and reflecting on how I’d finally managed to break down a gargantuan task into smaller actions, I’ve gotten myself a new mantra: ‘slow progress is better than no progress’.  I realise this is already a well worn adage, but these past couple of weeks I’ve found this phrase SO surprisingly motivating.

I can be a bit ‘all or nothing’ and will get waves of productivity which I ride enthusiastically until they ebb and I jump out the water for a lie down.  With my new mantra I’m finding it easier to paddle in the shallows until the next wave of energy hits,  thus retaining some momentum.

Remaining gently active changes my psychology completely.  Where there would ordinarily be stultifying procrastination, there now remains an energetic flow. This is so much better for the soul.  It’s like keeping myself limbered up so it’s not such a shock  to the system when I need to really kick ass on a task.

Recently Vince was working hard on a literary competition submission and for two weeks I was picking up as much of the slack as I could to give him maximum writing time.  Ordinarily this would have meant I lapsed on some of my stuff, thinking along the lines of ‘there isn’t enough time for me to give those things my full attention so might as well ignore them for a bit’. This time however I kept my stuff ticking along.

To give you an example, I noted that since joining the gym a couple of months ago, I was struggling to commit to my former >30 mins of yoga every day.  So for a short while I was skipping the yoga or doing it sporadically or squeezing it in at the end of the day.  By applying my ‘slow progress’ mantra I’m now just doing 10 minutes of yoga on my non gym days and I’m finding that far easier to commit to.  Yes it’s less than I was doing at my peak, but I wasn’t going to the gym for three hours a week then.  10 minutes is better than no minutes, and I’m maintaining a positive connection with the mat.  I’m seeing these 10 minutes as my gateway into longer sessions in the future when time allows.

What has been interesting to note is how what I’ve been learning about mindfulness meditation has informed the decision to scale back the yoga.  The lovely Joseph Goldstein talks about how it’s okay to have aspirations, the problem comes when we hold on to expectations.  I aspire to exercise at least 6 out of 7 days of the week, but I’d set an expectation that I needed to do at least 30 minutes of yoga every day when I wasn’t at the gym.  As I noted my resistance and tuned in to what my intuition was telling me, I realised that 10 minutes of yoga a day felt just right, for now.  I’d removed the struggle (dropped the expectation) and it’s become a pleasure once again.  There’s a whole lot to be said for tuning in to the authentic flow of what feels good and discovering which actions sit just right, rather than forcibly implementing an expectation.

Likewise with Item #1 on my Mr Worry List: my big mountainous ‘glob’ of a project (complex property reconfiguring), I’ve found that by releasing myself from the expectation that I need to tackle it as a whole or have a final solution mapped out before I take any action, I’m really enjoying focusing on the first couple of steps. Modifying my approach by making sure that even when I’m too busy to tend to something fully,  I still move things forward a little, has been a breakthrough for me.  Knowing the pot is simmering gently on the back burner stops it from becoming something oppressive and heavy hanging over my head.  It maintains some life, lightness and forward energy.

I can be impatient, once I have an idea I want to make it happen NOW, but in the last couple of weeks I’m discovering there’s a quiet joy to be had from inching along and letting ‘now’ take it’s time to arrive.  There is beauty in the process and it seems a shame not to enjoy that part of the ride.

2 thoughts on “Slow Progress is Better than No Progress”